It’s been 9 months, and the West Coast port congestion and labor dispute between the International Longshore and Warehouse Union (ILWU) and Pacific Maritime Association (PMA) is still ongoing. With the dispute, ports in Los Angeles, Long Beach, Oakland, Seattle, and Tacoma have been slowed down and congested. Earlier last week, shippers were saying the U.S. West Coast ports might shut down for a period of time despite a new contract offer by the PMA that would increase raises by 3 percent. Even with a new contract on the table, West Coast port employers suspended work this past weekend on Feb. 6th.

With the West Coast labor negotiations affecting everyone, it is becoming an increasing problem with every passing day. Let’s take a look at some of the factors contributing to the stall in negotiations and why everyone should be concerned.

During the intense contract dispute between the International Longshore and Warehouse Union (ILWU) and Pacific Maritime Association (PMA), a variety of stories have hit the media. The latest, coming from the ILWU involves a press release that came out on February 5th. In the Press Release, President of the ILWU Bob McEllrath came down hard on the PMA for distorting facts to the media. He claims that the West Coast ports are not congested, and in fact have acres of asphalt waiting for the containers that are at sea. He claims the PMA are leaving ships at sea when there is plenty of space on the docks to gain the upper hand in negotiations. This press release came a day after the PMA made an “all in” offer to the ILWU that included retaining employer-paid health care and raising pensions by 11 percent. 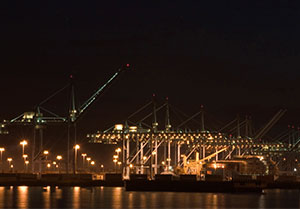 With the PMA shutting down the ports at night, exporters are feeling the effects.

Everyone could be feeling the effects of the West Coast labor negotiations, whether they realize it or not. Consumers will feel the effects when they try to buy products that are imported into the United States such as televisions and clothes. Perhaps the greatest effects are being felt by manufacturing workers  in the United States who need raw materials to make their products. These raw materials are becoming scarce because they cannot be imported into the U.S. through the West Coast ports, that account for about 12.5% of the U.S. gross domestic product according to the Maritime Association’s annual report. With the PMA shutting down the ports at night, farm exporters are also feeling the effects. Farm exporters cannot export their products through the West Coast ports to other countries. Shipping times have as much as tripled, which is heavily affecting produce being shipped by farmers. Overseas competitors are letting customers know that the congestion is a major problem and are giving them reasons not to purchase American-made products. 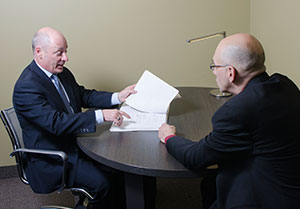 Customs brokers are forced to deal with the daily struggles alongside their clients during these West Coast labor negotiations.

Customs brokers are forced to deal with the daily struggles alongside their clients during these West Coast labor negotiations. Some vessels arrived at West Coast ports in mid January, and it’s now mid February. Vessels are being anchored at sea for as long as two weeks. Once the vessel is docked, storage fees usually have to be paid. Due to cramped space the container is placed in a facility that is opened for a short amount of time with little to no equipment. Once the facility opens, truckers can have a hard time finding a chassis to recover the cargo. If a chassis cannot be found before the terminal closes again, the terminal then has to extend the pickup time as the trucker has no other option.

Here at AFC International, we are dedicated to dealing with the West Coast port congestion alongside our clients. With 25 years of experience working with clients on behalf of customs imports worldwide, we are prepared to coordinate customs clearance at the border.

Have questions about the affects of the West Coast port congestion? Leave us a comment below or chat with us on Twitter, Google Plus, and LinkedIn.