The West Coast port congestion has taken hold of much of the shipping community. The Los Angeles and Long Beach ports have been delaying shipments since mid 2014, with the ports setting records for the most waiting at one time in 2 years. As the largest container gateway in the Americas, the effects are being felt through the entire international shipping community. With the West Coast port congestion still an issue and the Pacific Maritime Association (PMA) and the International Longshore and Warehouse Union (ILWU) playing the blame game, the progress of a labor contract is at a standstill. As promised, here is an update on the situation. 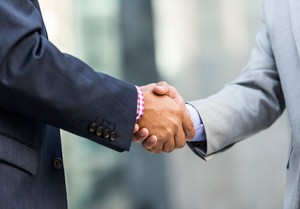 A federal mediator has been called in to help resolve the contract dispute between both the workers and employees.

The good news, help has arrived. A federal mediator has been called in to help resolve the contract dispute between both the workers and employees. The federal mediator is tasked with bringing the two sides together in an effort to reach a new contract. That’s a step in the right direction. Especially since about 20,000 dockworkers in the west coast ports have been without a contract since July of 2014 and congestion has been reported in other ports in Tacoma Washington, Seattle, and Oakland.

The bad news, although signs are pointing up on the situation, so far progress by the mediator has failed. Container ships keep piling up, and more are on the way.

International shippers are considering alternative options to using West Coast ports, but there is one issue. Alternative shipping options are expensive. Air freight is in high demand. During the recent holiday season, air cargo rates soared 17 percent. Currently, the rate of air freight is 6 to 8 times greater than vessel freight. Businesses and companies now have a choice. Pay the premium on air freight, or endure the 2-3 weeks of delays the congestion is causing. Some businesses are just now receiving shipments from the holiday season. International shippers are aggressively looking for shipping alternatives, but the ports in Los Angeles and Long Beach service about 40 percent of all U.S. imports. The congestion is affecting all types of businesses from food to clothing. 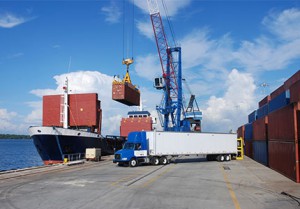 Inland transportation is not immune to the effects of the port congestion.

Inland transportation is not immune to the effects of the port congestion. When truckers arrive at ports for pick-up they are experiencing long wait times. Perhaps a bigger problem, there are interruptions in the pick up process. The freight is either not there or still in a container waiting to be unloaded. Truckers are losing not only time, but valuable business due to the port congestion. It’s difficult to schedule drivers for pick-ups to ports because of the uncertainty.

With the West Coast congestion being a fluid situation, a customs broker is valuable. Here at AFC International,  our knowledgeable staff is here to keep you aware with port congestion updates and all relevant customs brokerage news. As always, join the conversation by commenting below or by following us on Twitter, Google Plus. and LinkedIn.

« How To Import Food Products Safely     What’s the Role of a Federal Mediator? »