A tentative agreement between the International Longshore and Warehouse Union (ILWU) and Pacific Maritime Association (PMA) was reached Friday afternoon, February 20th. The agreement is said to be for five years and for now, assures that a lockout or strike will not take place. Both parties did not release any details on the agreement, however, a joint press release was issued stating an agreement was made by both sides with the help of  U.S. Secretary of Labor Tom Perez and Federal Mediation and Conciliation Service Deputy Director Scot Beckenbaugh. The press release also stated the agreement is subject to change by both parties. So what’s next for life after the West Coast port congestion? What’s next for businesses and the economy? We try to make sense of life after the port congestion. 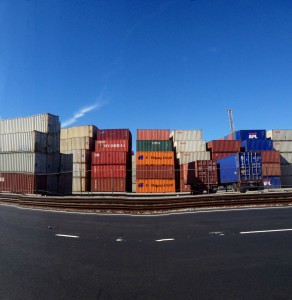 The labor dispute created a huge backlog in cargo. Some of the cargo coming onto the dock are months old.

The tentative 5 year agreement covers workers at all 29 West Coast ports, and puts the ILWU back to work. There are still a number of ships that are anchored waiting to come to port. Some reports have estimated almost two dozen container ships anchored off the coast. Since the agreement, docks are almost at 100% capacity. The labor dispute created a huge backlog in cargo. Some of the cargo coming onto the dock are months old. Priority number one is digging out of the backlog with a workforce that is at full strength for the first time in 9 months. The flow of goods should improve, but it could take months for the ports to recover.

Impact on the Economy

Let’s put this labor dispute and West Coast port congestion in perspective. On the surface, 29 ports were impacted in the West Coast. Two of those ports, Long Beach and Los Angeles are the most active in the nation. The two ports account for 1 billion dollars a day in cargo revenue. Combined, the 29 West Coast seaports handle 1 trillion dollars in goods annually. With numbers like that, the impact on the economy is astounding.  The retail industry is suffering because not only was holiday merchandise impacted, but now spring merchandise will be impacted. According to the retail firm Kurt Salmon, the congestion is a $7 billion problem  for retailers. Manufactures have been unable to have materials imported into the U.S. to make goods or exported out to other countries to make money. The produce industries has been unable to have food imported and exported as well. The port congestion coupled with the freezing temperatures on the East Coast have hit the industry hard. 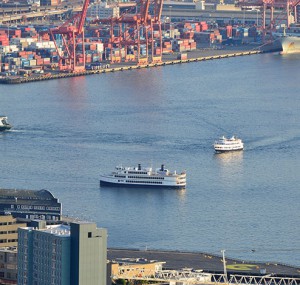 Businesses can be relieved that the labor dispute is over, but must realize that it will take a few months for “normal” importing and exporting to resume.

Even though a tentative agreement has been reached, the workers union still must ratify the agreement. It is unknown at this time when that vote will take place. Until that happens, the deal between the ILWU and PMA will not be offiical. For now, it’s just good to have the ports back up and running at full strength. In the next couple of months, the ports must work hard to eliminate the backlog of cargo that has impacted the entire shipping industry. Businesses can be relieved that the labor dispute is over, but must realize that it will take a few months for “normal” importing and exporting to resume. There is a real possibility that when the new contract expires in 5 years, the shipping industry could relive this logistical nightmare. For now, the shipping industry is focused on fixing the damage done by the last 9 months of labor disputes.

Even though a tentative agreement has been reached between the ILWU and PMA, AFC International, LLC will still report on any significant developments with the situation. With our 25 years of experience and knowledgeable customs brokerage staff,  we’re here to bring you the latest news and updates within the industry.

We would love to hear your thoughts on the West Coast labor agreement. Leave us a comment below, tweet us @AFC_customs, or follow us on Google Plus and LinkedIn.