Economic Impact of the Port Congestion

The West Coast port congestion is no longer in its infancy. Now entering the 9th month of the congestion, the 20,000 union workers that the ports employ are still locked up in a harsh labor dispute with shipping lines. Last week, President Barack Obama sent U.S. Labor Secretary Tom Perez to California to help settle the negotiations between the  International Longshore and Warehouse Union (ILWU) and Pacific Maritime Association (PMA). So what is the economic impact of the port congestion? One thing is for certain, this is not just impacting the West Coast of the United States, it’s impacting the global economy. 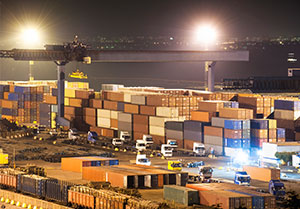 The port congestion can be summed up into two words, logistical nightmare.

The port congestion can be summed up into two words, logistical nightmare. Let’s first define the word logistics to get a better understanding of why this is such a terrible situation. According to dictionary.com, logistics is defined as planning, implementation, and coordination of the details of a business or other operation. When dealing with a supply chain, planning, implementation, and coordination are critical to success. With the port congestion, the characteristics of logistics have been tossed overboard. The adjustments that have had to be made during this labor dispute have professionals in the industry wishing this was only a terrifying dream, but it’s not. It’s reality. One of the major logistical adjustments being made is goods being shipped through East Coast ports. This may sound easy enough, but ports in the West Coast account for $1 billion worth of cargo per day. Shippers have to plan and coordinate to ports that are further away which will cost more money, time, and effort. Man power on the East Coast ports are also not equipped to handle the volume of freight coming through, which have them scrambling at distribution centers to handle the unusual amount of goods coming in. 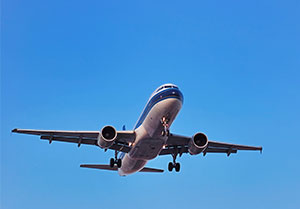 One industry benefitting from this situation is air freight.

One industry benefitting from this situation is air freight. This option can be faster, however, it is much more expensive. In the month of December, air rates skyrocketed from 7 percent in September to 17 percent. The International Air Transport Association (IATA) is encouraging shippers to use air freight as a supply chain strategy. Glyn Hughes, Global Head of Cargo at IATA is telling shippers to use air transportation for their goods to help their business. Although shipping goods via air is a premium service, he sees the value to businesses and customers to get products to the consumers quickly. He sites that 35 percent of goods are transported through air. Some businesses can afford shipping through air, but for the average mom and pop shop, air transportation might not be an option.

The impact the port congestion is having on the business world is enormous. Industries all around the world are feeling the impact of the slowdown in the West Coast. The retail industry is being hit hard. A few months ago, the issue was being able to get merchandise to the stores for the holidays. Now, the issue is being able to get merchandise into the stores for the spring season. It’s hard to imagine, but cargo is still on West Coast docks from the holiday season. The merchandise still hasn’t arrived to retailers. With the spring season coming upon us, it will be hard to sell winter merchandise at full price when it’s out of season. According to the retail firm Kurt Salmon, the congestion is a $7 billion dollar problem. On the other hand, the North American Meat Industry is estimating $85 million being lost a week in sales. The congestion is causing meat producers to run out of storing options for their product. Industry impacts like the retail and meat industries are having a ripple effect across the globe.

The economic impact of the port congestion is staggering. Businesses are losing money every day, while spending money to help stop the damage. Consumers are suffering because products are not available. The reality of the situation is industries will continue to feel the impact of the congestion, and that will continue to impact the global economy. If a resolution to this labor dispute is not reached soon, it could take a long time until the global economy recovers.

What are your thoughts on the West Coast port congestion? Leave us a comment below or engage with us on Twitter, Google+, and LinkedIn.