What’s the Role of a Federal Mediator?

Earlier this month, a federal mediator was called in by the Federal Government to help negotiate the labor distribute between the Pacific Maritime Association (PMA) and the International Longshore and Warehouse Union (ILWU). Since the federal mediator was called in, the situation has not improved and it’s approaching gridlock. Container ships keeps arriving, and businesses are forced to explain to customers why their shipments have not arrived from the port. With progress at a standstill, what’s the role of a federal mediator in the west coast port congestion? Here’s what you need to know.

A Brief History of FMCS

The Federal Mediation and Conciliation Service (FMCS) has a long history with American Labor Relations. Although the FMCS wasn’t founded until 1947, the first shipyard settlement was settled by government mediators in 1838. In 1947, the Labor-Management Relations Act was enacted and the Federal Mediation and Conciliation Service (FMCS) was created. The goal of this act was the provide mediation and conciliation during labor disputes. In 2002, the FMCS helped mediate the closing of West Coast Ports that lasted for 10 days. The closing cost the United States economy $1 Billion per day. One can only imagine the impact the current congestion is having on the national economy now. The FMCS says they are ready to give prompt assistance to the current situation with the West Coast Ports. 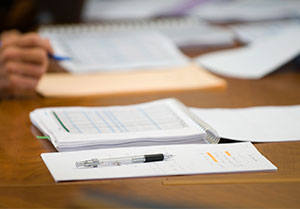 The Pacific Maritime Association (PMA) and the International Longshore and Warehouse Union (ILWU) must come to an agreement.

Deputy Director Scot Beckenbaugh, a senior FMCS mediator as been assigned to the West Coast Port case. The role of Deputy Director Scot Beckenbaugh is to act as a neutral third party. Federal mediators cannot impose a contract settlement. Imposing a contract settlement is called arbitration.  In this particular situation, the Pacific Maritime Association (PMA) and the International Longshore and Warehouse Union (ILWU) must come to an agreement, but the federal mediator can offer up alternative solutions to help the two parties find common ground.

When Will An Agreement Been Reached? 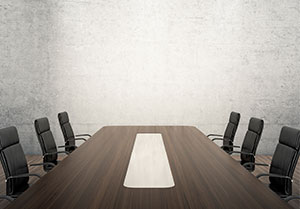 It is unknown when an agreement will be reached.

It is unknown when an agreement will be reached. Each mediation is unique. The goal of a federal mediator is the listen carefully and to help both parties see all sides of the issues causing the issues. Deputy Director Scot Beckenbaugh must keep the discussions on track and both parties focused in order to reach an agreement soon. The FMCS has stopped the situation from escalating, but the end of the port disruptions are far from over. There are some encouraging statistics that bode well for the port congestion situation. In 2013, 84 percent of the 4,122 cases the FMCS became active in were settled through mediation. The FMCS also helped mediate and settle a 131 day strike in 1971 with the International Longshore and Warehouse Union (ILWU).

About 20,000 dockworkers in the west coast ports have been without a contract since July of 2014. It’s the job of the FMCS and federal mediator to bring the two sides together. The sooner a new contract agreement is reached, the sooner the west coast ports can get back to the business of importing and exporting goods as the largest container gateway in the Americas.

What’s your take on the federal mediator and the West Coast Port Congestion? Leave us a comment below and join the conversation on Twitter, Google Plus, and LinkedIn.