Wildlife and plants are two commodities that are traded every day. Unfortunately, sometimes these commodities are illegally taken, possessed, transported or sold. This has been an issue since the early 1900s when animals hunted for food and sport threatened many species in the United States due to commercial hunting. Animals that are hunted for food or sport are referred to as game. What was done to protect animals and plants taken illegally? The Lacey Act was introduced, which was signed in 1900.

On May 25, 1900 President William McKinley signed the Lacey Act of 1900 into law, putting rules and regulations on how plants and animals are regulated.  Wildlife killed illegally was now protected by state and territorial law. Additionally, this law also protected the growth and development of native plant species and crops by banning exotic species from being imported into the U.S. that could disturb natural species. Fish and rare plant species were extended in the Lacey Act in 1981. Due to this significant amendment, wildlife must be labeled properly and harmful species cannot be imported into the United States. Additionally, the law protects animal safety by making it illegal to import them under inhumane conditions.

What the Lacey Act Means For Importing 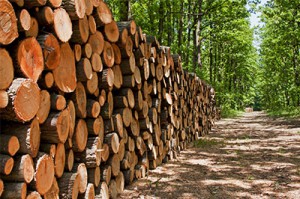 In 2010, the Lacey Act was amended to prevent the trade of illegally harvested lumber.

Even though the Lacey Act was signed into law in 1900, it’s still a major component for protecting wildlife conservation. In 2010, the Lacey Act was amended to prevent the trade of illegally harvested lumber. This amendment also included the trade of products made from illegally harvested lumber. The consequences for illegally taking, possessing, transporting or selling wildlife or plants can be severe and punishable as a federal crime. Anyone who knowingly violates the Lacey Act can face up to 5 years in prison and fines up to $250,000. Organizations can face up to $50,000 in fines for violations.

How To Avoid Delays When Importing

Wildlife products that are skinned or mounted and wildlife trophies must be filed with a permit.

We are committed to ensuring your legal imports of wildlife and plants into the U.S. is seamless and easy. Our vast array of resources will help you gain knowledge of the import and customs clearance process for all commodities.

Do you have additional questions about importing wildlife and plants? Leave us a comment below or chat with us on Twitter and LinkedIn.