The Panama Canal expansion is expected to play a vital part in the global trade industry.  The expansion of the Panama Canal to the US will determine which of the different regions are affected by the imports based on their ability to accept the larger size cargo ships. The availability of ports ready for shipments will also have a direct impact on whether the cargo ships go to the East coast or the West coast. 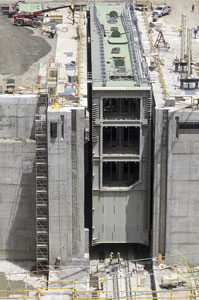 The Panama Canal expansion is expected to play a vital part in the global trade industry.

Role of the Panama Canal

The Panama Canal expansion will have an important role in global trade, projecting an anticipated five percent of the world’s total cargo volume; the Panama Canal is one of the biggest construction projects in progress today.  The Panama Canal expansion will have major impacts on U.S. ports and domestic organizations around the country. The expansion of the Panama Canal will allow for the passage of larger container vessels, potentially reducing the cost of overseas shipping, particularly for those trade routes providing coast-to-coast services between Eastern countries and U.S. East Coast ports. More money-making services generated by the bigger vessels could increase the capability of some U.S. exports, like grain, coal, fuel products and natural gases, to be competitive in global markets. 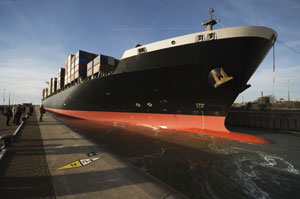 The Panama Canal expansion will allow vessel capacity from 4,500 to 14,000 TEUs.

The East Coast Inland Region may become the main gateway for moving products domestically up through the East Coast which may include Ohio, Pittsburgh and some of the southern ports in the U.S.  Private division partners along with the East and Gulf ports are expected to spend nearly 30 Billion between 2012 and 2016.   West Coast ports will add another $15 billion to the project.  This is mainly due to quicker travel times and more economical transportation costs provided by ground transportation to these major markets.  Bigger ships utilizing the canal carry better economies of size.  East Coast ports need to be able to have the capacity for the Post-Panamax Container Ships which carry 8,000 to 10,000 Twenty-foot equivalents (TEU’s).   This will alter the economics of getting product from Asia to the east Coast in a specific time.  The Panama Canal expansion and the addition of a third set of locks, and the deepening along the canal, will allow vessel capacity from 4,500 to 14,000 TEUs while accommodating another 2,000 transits yearly. 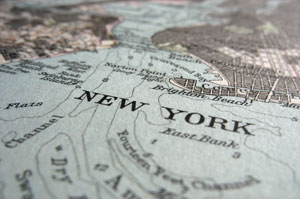 There are more than three hundred commercial sea and inland ports in the states.

There are more than three hundred commercial sea and inland ports in the states that remain a critical pathway for importing into the U.S.  The Panama Canal expansion is projected to be completed in the next year and with this could change the profitability and income stability between ports on both the East and West coasts. The Panama Canal expansion will maintain an uninterrupted role in the use of the waterway for trade but also as a way to manage the transfer of goods to and from the United States and also the entire world.  The shifting of global economics will have an impact across the oceanic waterways as well. China is no longer considered the low-priced manufacturing draw it once was. Production is migrating into Southeast Asia. Reshoring is bringing manufacturing capability back to America. This will provide an increase in importing into the U.S. and will allow companies to offer better pricing on their goods to the consumer.  The result of the Panama Canal expansion can lead to global trade questions that only a customs broker can answer.

AFC International has highly trained and knowledgeable staff to handle your international shipping imports bound for the U.S.   We can clear your shipments through any major U.S. port, making the customs clearance process simple and fast.  Need assistance with your imports contact us at? AFC International, LLC