Did you know that importing medical devices in the three classes must meet all Food and Drug Administration (FDA) regulations prior to being imported into the United States? If you’re importing medical devices from overseas manufacturers you should be aware that the FDA does not acknowledge regulatory approvals from foreign countries.  Under the Food, Drug, and Cosmetic Act, the U.S. Food and Drug Administration recognizes three classes of medical devices.These are based on the level of control necessary to secure safety and effectiveness.

Class I devices are subject to “General Controls” as are Class II and Class III devices.  Most Class I medical devices may enter the United States simply by making sure the medical devices labeling complies with the FDA regulations.  Class I devices are not intended to support life or prolong life or be significantly important in preventing harm to human health. When importing medical devices they may not present an unreasonable risk of illness or injury.  Examples of Class I devices include bandages, examination gloves and hand-held surgical instruments. 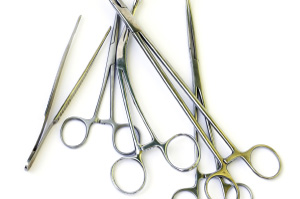 Importing medical devices such as Class I devices include bandages, examination gloves, and hand-held surgical instruments.

Class II Devices carry a greater risk.   If a Class II device is found to be faulty this may result in injury or harm to the users.   In addition to complying with general controls, Class II devices must also conform to special controls.   Some Class II devices are exempt from the premarket notification. These special controls can include labeling requirements, performance standards and postmarket surveillance. Postmarketing surveillance (PMS) is used to monitoring the safety of a pharmaceutical drug or medical device after it has been released on the market. Postmarketing surveillance can further filter, or verify or deny, the safety of a drug after it is used in the general populace by large numbers of people who have a broad variety of medical conditions.Devices in Class II are held to a higher level of assurance than Class I devices. Devices in this class are designed to perform as indicated without causing injury or harm to patient or user. Some examples of Class II devices include motorized wheelchairs, infusion pumps and surgical drape.

A Class III device is where there is not enough information present to assure safety and usefulness through the general or special controls adequate for Class I or Class II devices. These devices require premarket approval, a scientific overview to ensure the device’s safety and usefulness, and have the general controls of Class I. Class III devices usually support or prolong human life, are of major importance in preventing harm of human health, or present a possible, unnecessary risk of illness or injury. Examples of Class III devices that require a premarket notification include implantable pacemaker, HIV diagnostic tests, and automated external defibrillators. 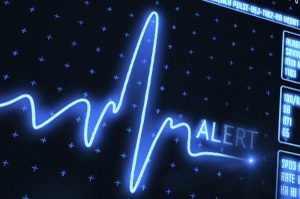 All imports, even if just into customs warehouses, are considered to be “in U.S. commerce” and therefore subject to FDA jurisdiction. The FDA and U.S. Customs Border Protection work together to determine the legal status of FDA regulated imports.

AFC International has highly trained and knowledgeable staff to handle your international shipping imports bound for the USA. We can clear your shipments through any major U.S. port, making the customs clearance process simple and fast.  Need assistance with your medical devices contact us at AFC International.